Rok the Rockies Race #5 in the Books 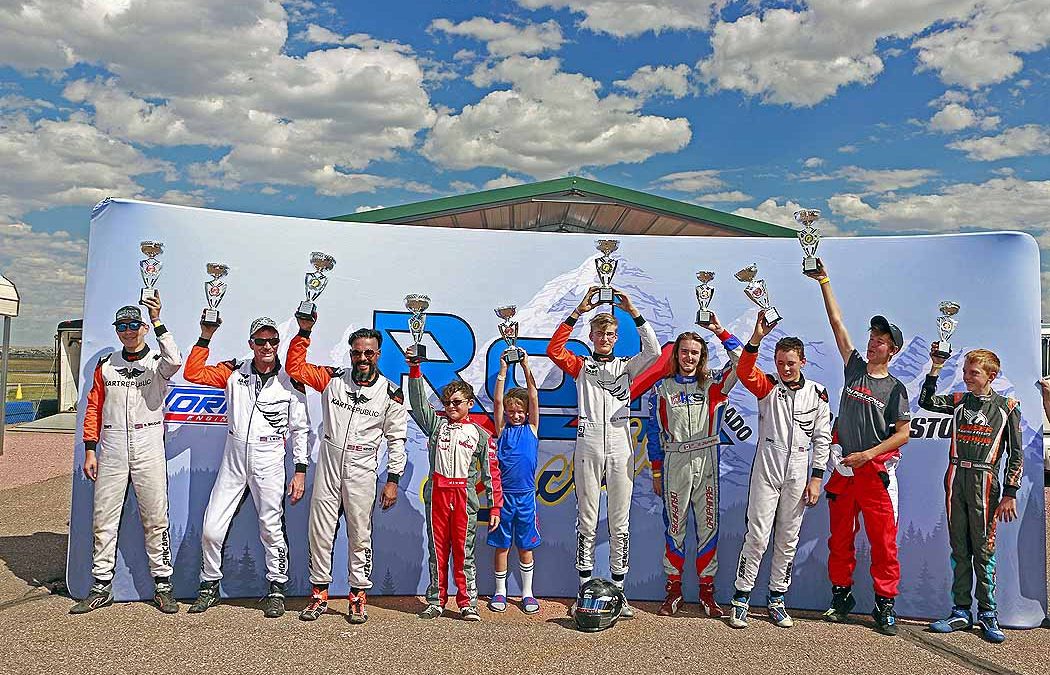 Rok the Rockies Race #5 in the books. And it would appear that the RTR series has a bright future with 3 more new driver. 1 Junior Driver Jack Armstrong #218 and 2 Senior Drivers Georg Bower #343 racing under Team Seigel Boys Racing & Sullivan Sherill #317 racing under Performance Kart Sports banner. And in grand fashion we all ate well on a Bridgestone sponsored Taco Fiesta by La Mission Restaurant on Saturday afternoon. Sundays racing was enhanced by good weather and great attitudes. And as I sadly look forward to the Seasons finally, which ( BY THE WAY ! ) had to be reschedule to the 30th of September due to other scheduling conflicts. I am excited to announce the dates for the RTR 2019 8 race series is on the storyboard now and will be released soon !! And again for racers interested in participating, Rok cup is still offering a rental engine program and SBR has engine purchase incentives available. For more info or to reserve an engine just give Lee a call.